♔
Good Evening Lovelies (๑• . •๑)
Last friday a finnish band called 'Private Line' gave a concert in Darmstadt, which is about an hour train ride from where I live. A couple of years ago I started listening to finnish metal / rock - music and a big part of me is still a huge fan. Especially of Private Line, but last time they visited Germany I couldn't attend any of their concerts, so I was even more happy as K. told me some weeks ago, she would come with me! Going to concerts on your own is possible of course, but it always feels strange for me to be honest...
K. arrived with an hour delay on friday afternoon and we ate something, chilled a bit and dolled us up pretty slowly. As there were three bands playing and we guessed PL would be the last, no need to hurry and we entered the club at 20.45.
I had never been to Darmstadt before, but the part of the city I saw on friday was pretty nice. Seems to be an old city - or we just went through the Altstadt haha, who knows.

First band playing were 'Bitch'n Chips', of whom I had never heard before but that's not saying much. Surprisingly enough they weren't as bad as I had expected them to be (Yeah, I'm picky when it comes to music) and the guy on the right side of the stage was pretty cute. I guess they were coming from Germany but I'm not sure, they talked english on stage.
The second band of the evening was called 'Godex' and I didn't like them at all. The singer's voice brought me a huge migraine attack. lol It was obvious that their idols were HIM, and I've never seen last ones live in concert, but I really hope they're sounding less pervasive.
Because we both didn't like them we changed rooms and because me is clumsy and stupid, I hurt my ankle as I fell down some stairs leading to the other room.... Yes, that's typical for me and I'm a limping bambi now. Hopefully it's better soon as I have some business to do~
Between the bands they always needed to change the stage and it took them hours!  Private Line entered the stage at 23.00 and although Sammy (Vocal) was completely slightly drunk, the concert itself was great. He was swaying and mumbling unknown things, but he sang better as expected and he was letter-perfect, what surprised me a lot. As we were standing in the 2nd row, I was hella afraid, he would fall down the stage and squish us lol but fortunately nothing happend. He just hit Jack ( right guitar) with the microfonholder a couple of times, but for me that doesn't matter as it's nothing to do with me :D
All the time he was smiling weirdly and I asked myself some times, if that's his normal smile, one with purpose or his 'I'm so so drunk and I'm seeing you all twice hihi'-smile. I really don't know but it was frightening!  lol
They didn't play a lot of the old older oldest stuff - what was pretty obvious in advance - but among other songs they played 1-800 Out of Nowhere, the first song I heard from them ~♥ These kind of songs are always kinda special, don't you think so? In addition Dead Decade, Broken Promised Land, Deathroll Casino, etc. were on the setlist, which I thought was great! D'awww I would have loved to listen for some hours more, but as we had to catch our train back home, we had to leave at  24.00. That sucked, as a N. told me later that they played some more songs after we had left. But I rather leave earlier than sleep at a trainstation.... 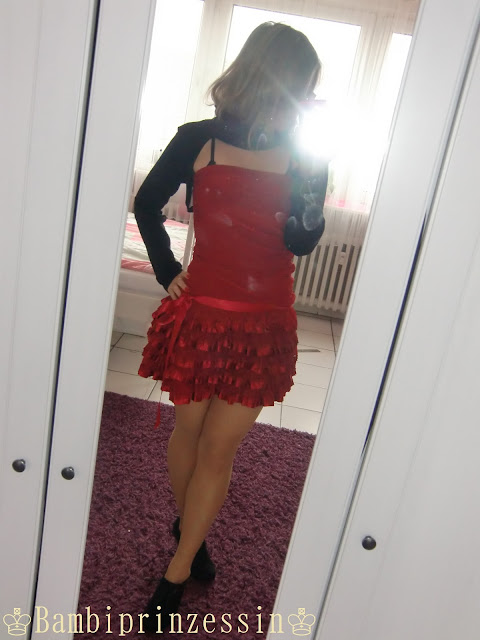 I got to know Private Line through youtube back in... well I don't know exactly but around 2006 I think and by looking back now, I'm feeling OLD haha! The more I'm surprised that I still like this kind of music and I'm so happy, that I was able to see them at a concert finally after so many years ♥ Furthermore Private Line were the last of my favourite bands I hadn't seen live till friday! So, one point of my 'What I need to achieve in life'- list ist already done.

Thanks to Private Line for their show ~♥, to all the others attending the concert and of course, to lovely K. who bears my company just so well! ♥♥♥♥♥

Is there anything from your 'life goals'-list that you're already achieved? Tell me! (๑• . •๑)