Due to the rhine bursting its banks, university was canceled yesterday and today, as the building our faculty is located in, is next to the rhine - whereever I go these days, I'm taking the water mass with me.
Therefore ( and due to other lucky circumstances lol) the crew and me, spontaneously decided (after discussing the matter for hours while munching delicious sushi in our favourite restaurant)  to drive to cologne for the ASIAN KUNG FU GENERATION concert. For all the anime lovers out there, who never heard of that band - they wrote openings for Bleach and Naruto among others. As you may've already guessed; it's a japanese band and one of the most popular rock bands there!
As it was pretty hot inside the club, I took the sweatshirt off later, what made me feel kind of naked.

We had a lot of fun the whole evening and I really enjoy days, I can spend with my friends in total and yesterday was such an awesome day!
The concert itself was... interesting in a way, although I expected something completely different. I'm not listening to AKFG regularly, but I always thought they were nice to listen to. I changed my opinion at the concert to; maybe they're nice to listen to on CD, while having a chat with your friends. The reason for my mind changing was the fact, that I can't stand the singer's voice on stage. The music was great and there were so many songs that really rocked - they were awesome, but the this voice kind of ruined most of them. He just sounds like a mixture between a frog and a rooster sometimes.
Nevertheless, a lot of people liked the concert and were impressed.
I was surprised to get to listen to some songs, I liked listening to maybe 10 years ago and I liked these songs at the concert too. Maybe it's just my subjective feeling, that the voice of the vocal was that well already annoying in some way.
What was pretty cool about the concert was, that the people in the audience were apperently all big fans of the band and cheered loudly on every single song. One could see for real, that the enjoyed themselves and were super happy, to be able to see the band, and that's what matters after all, right? Maybe the partying to the songs was not really my cup of tea this time, as I longed for something more...escalative (favourite self-invented word recently) - therefore I had already prejudice against calmer songs before in a way.
One time the band let the audience sing some lines of a song, and the whole club was singing along - If you've ever been to a concert, you know how amazing this feeling is! It felt as stunning as always and one is always closer to the band in some way.
I'm not really fond of showing of music on my blog, as I know how strange my music taste is, but I want you to show a song, they played this evening and which I really liked, as it remembered me of my late childhood! (if you can say it like that)
I'm afraid that the guys who accompanied us, weren't as positive as me about this concert, although I think, they had fun. Maybe just because me was stupid like always and acting extra dumb to make everyone smile, but it's worth it in the end. 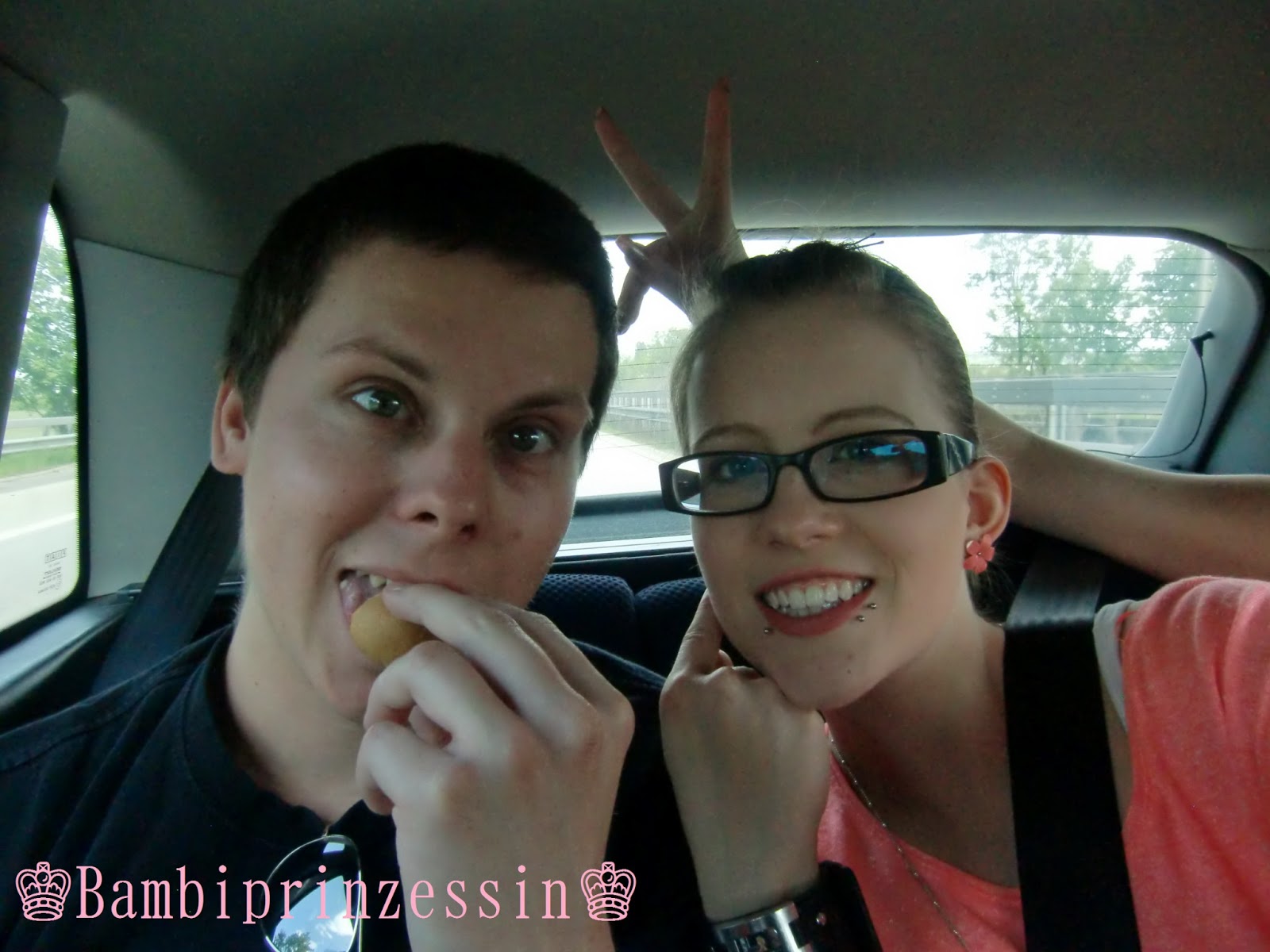 Looking at this picture, I suddenly imagine, why I don't like smiling on pictures, haha.

Have a nice day everyone!
♔