I came back to my parent's and was busy with some shit that's kinda fucking up my application for the scholarship and all was meeeeh but I decided that everything's gonna be fine from tomorrow on! Yooosh :D

As I wrote in my last entry we went to the Lord of the Lost-concert in Frankfurt. I have to admit that I'm not that into this gothic / rock / whatever thing and I furthermore can't really explain why I do love this band (lol) but I freaking adore them. One of the only german bands I'm listening to for some years now, hadn't seen them live thought because of reasons.
So first time for me, Y. got to know the band only because of me and was kind enough to accompany me - and hopefully didn't regret it.
First of all my outfit: We forget to check the weather forecast and of course - I chosed the absolutely wrong outfit, couldn't had been more wrong! It was freaking cold, snow & ice rain and a heavy storm. Oh well, I survived though. 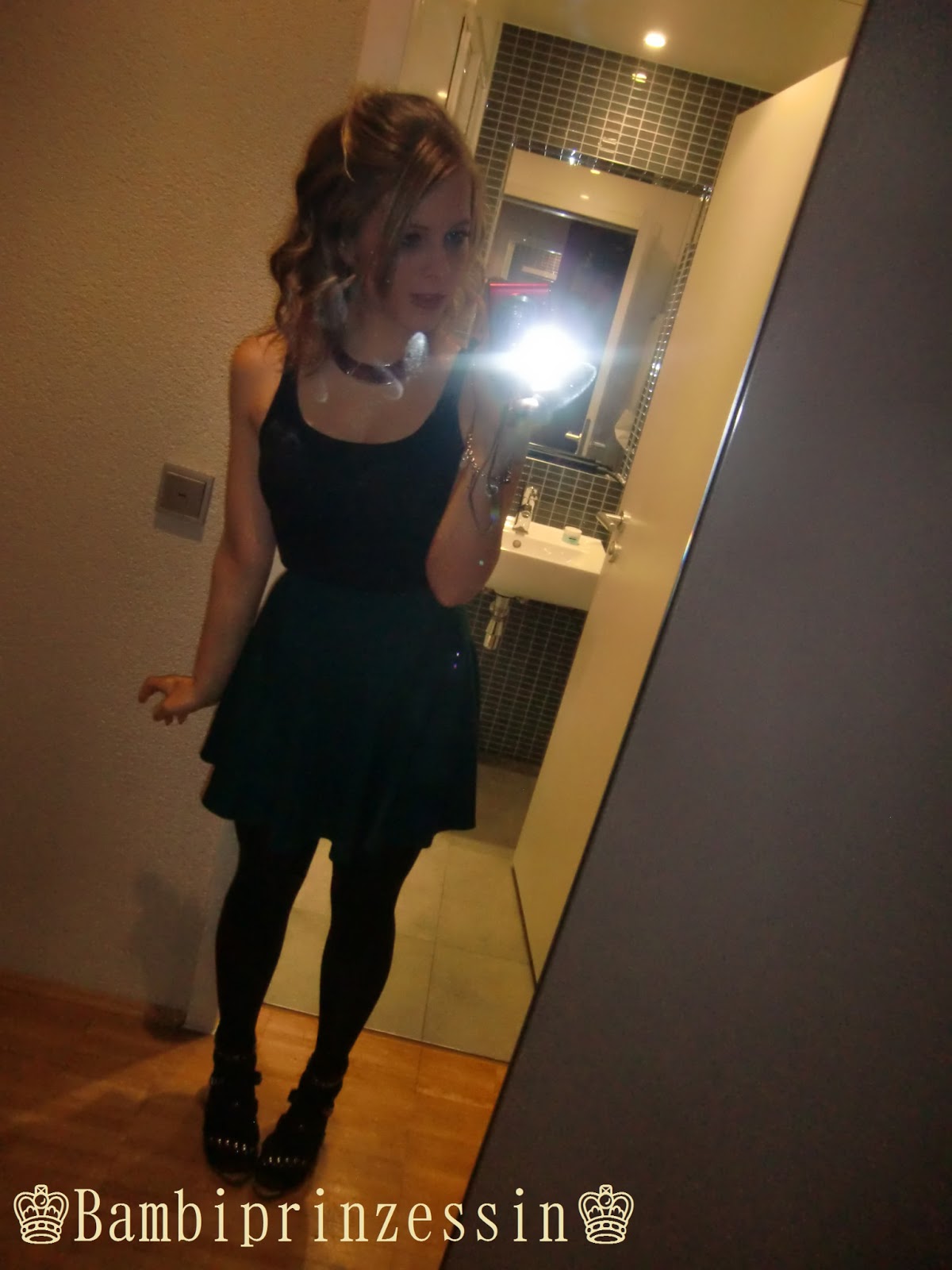 I didn't want to do something special with my hair but as I left the bathroom all my hair was curly. Oops. 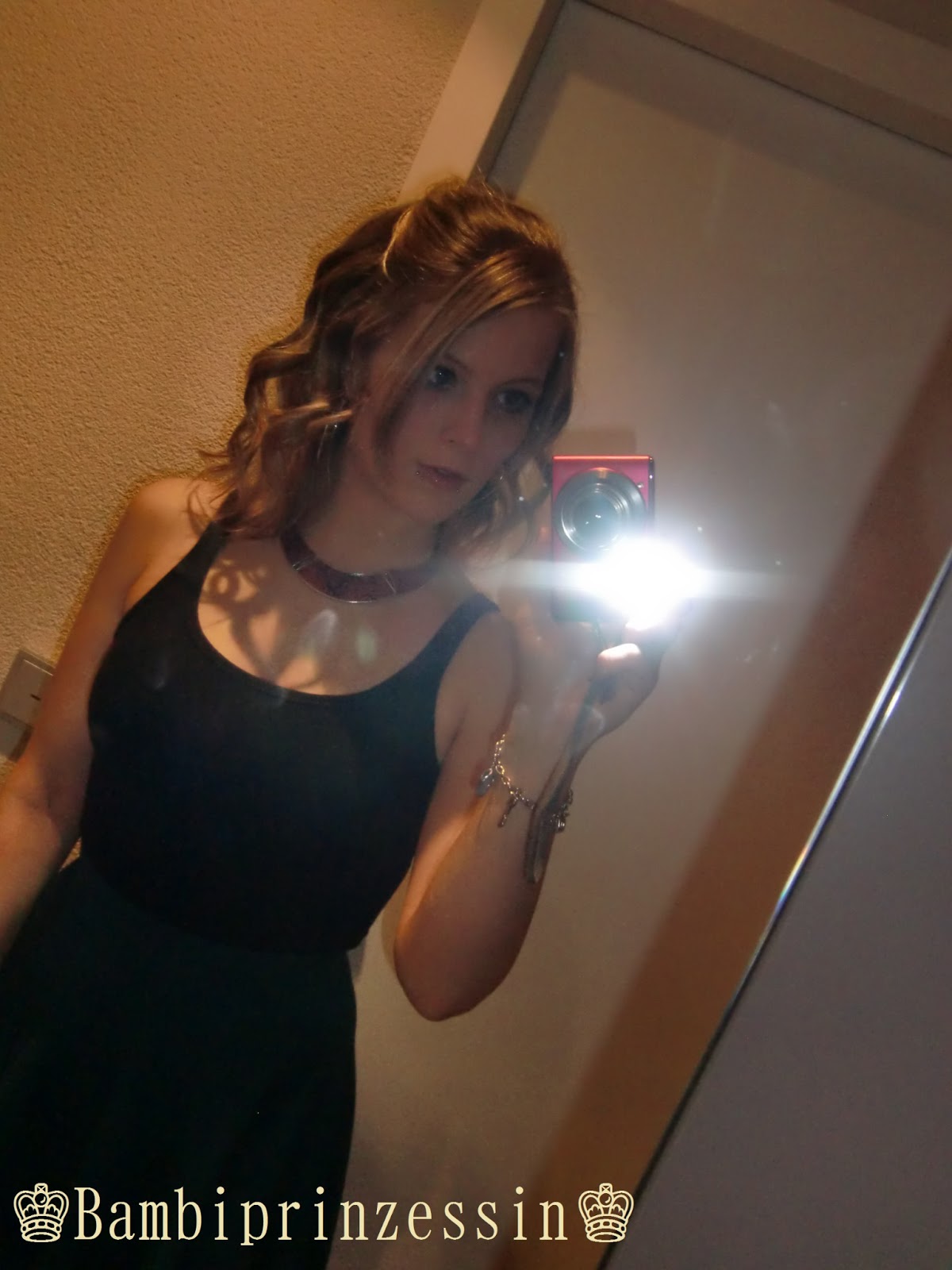 Two bands were announced for the evening and Unzucht started.A german band, too and I checked them out before the evening, getting to the conclusion that I don't like them.
The more I was surprised that  they were pretty cool on stage and I enjoyed their performance! No comparison to the 2nd band though ;)
The singer always tried to look evil and dangerous but everytime he glanced at the SOLD OUT (!!!) club, a huge smile appeared on his face :) ( I didn't talk to him after the concert but I listened to some things he said to some people next to me and for me it seems that he's really kind and friendly) 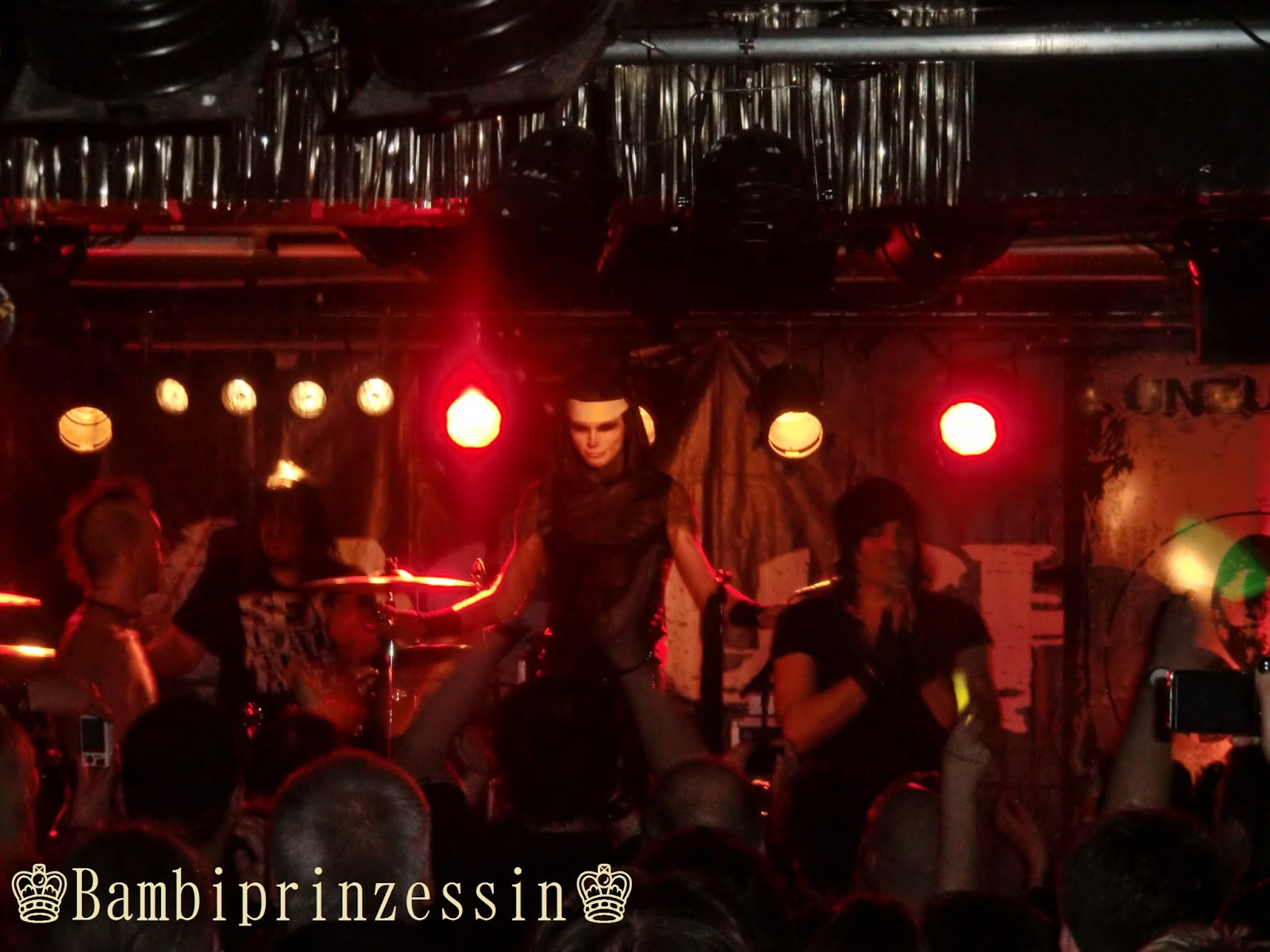 Unzucht also played the only song I liked before "Deine Zeit läuft ab" (You're running out of time). It's always nice to listen to songs you like on a concert, don't you think? 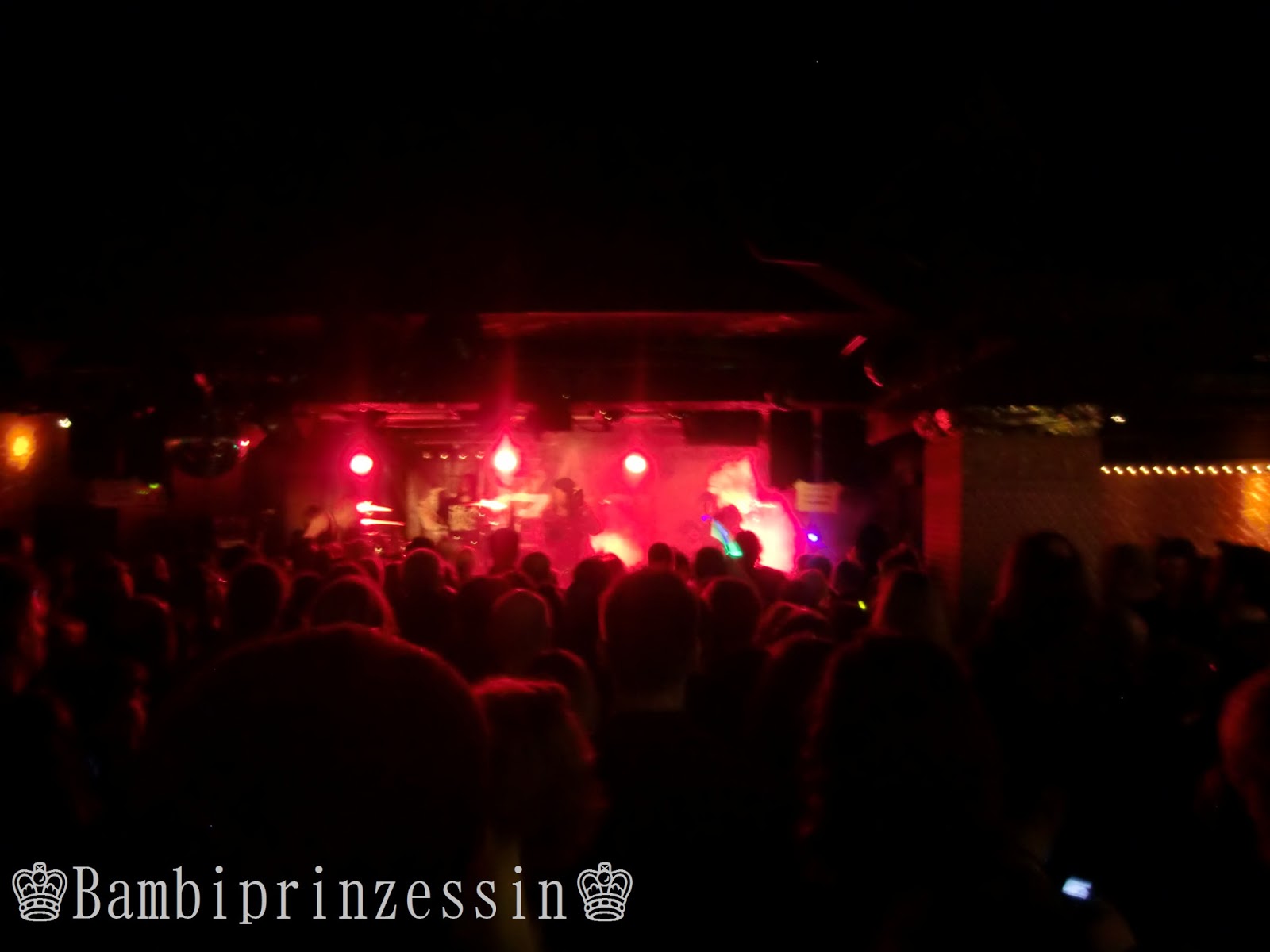 Lord of the lost were as great as I expected them to be and the whole evening was totally worth it! It was just perfect ♥
Each time I'm writing such a concert review afterwards I wish I could remember the setlist but it's impossible for me to remember it. The only thing I can say for sure is that the last song was 'Credo'.... and that's the song they're always playing as last one. lol
What I do remember is, that they played all my favourite songs - Seems like I'm really lucky with my favourite songs when I'm going to concerts. Or I only like the most played songs, who knows.
One of the things that surprised me was the fact that Chris' voice sounds even better in reality. I did know that he's a skilled singer but in the end it was even better than I thought it would be. I fell even more for him after this evening. lol There are some voices, you can listen to over and over again, without even interrupt for a single second, aren't there? And for me his voice is so special.
Furthermore I like the variety of their songs. It's not all 'gothic' (don't know if this even count as a genre?) or 'rock' and although most of them sound kinda gloomy due to Chris' dark voice, there's a wide range of different songs within this characterization.
'Beyond Beautiful' is one of the calmer songs and therefore really beautiful imho ♥ (credits go to the band)
In addition I have to mention that Chris is not the only skilled musician in the band and it was just awesome seeing them playing.... I want to go back!
Y. had to bear with me the whole evening (poor thingy ♥) and I was 'all at sea' ;)
We actually already went back to the hotel as I decided to turn skew because I wanted a pic with Chris. lol Bad thing about such 'band interaction' is always, that I'm super shy. It doesn't matter what language I have to talk in, I just _cannot_ speak and it's annoying as well as frustrating. Probably everbody I've met so far thinks I'm a lil bit retarded because all I can do is smile - Y. kinda forced me because she knew I would be crying without trying. That's the reason I'm looking like someone scares the shit out of me. I was scare of my own courage.LOL 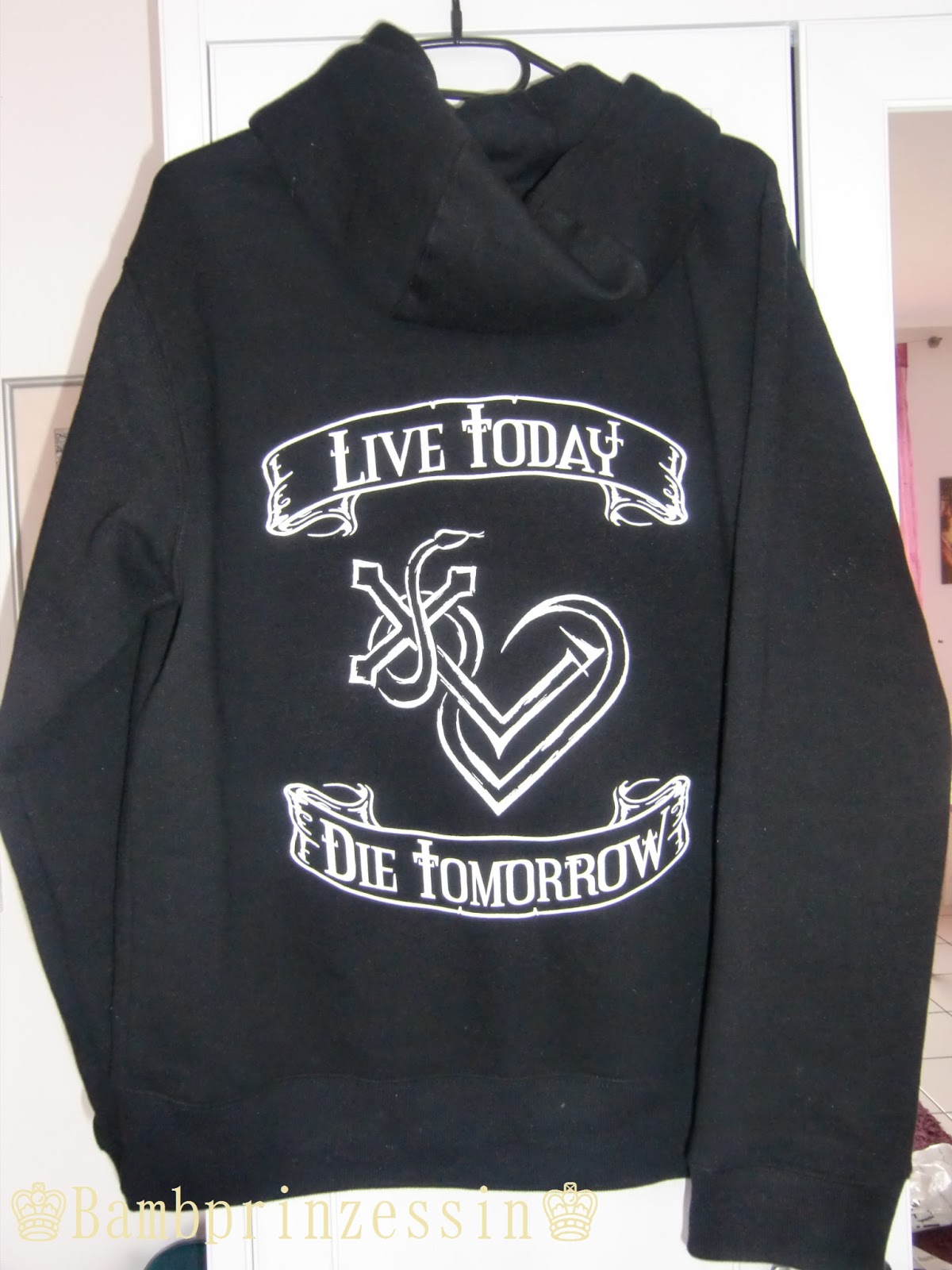 Bought this jacket and I love it ♥ It's a size M as you can see on the picture above and a lot too huge but size S was sold out and I desperately wanted this jacket - no regrets I'm wearing it all day although everybody tells me I look like I robbed my bf's closet. meep I'm able to buy clothes on my own, thanks.

Well, that was a pretty long entry - once again, and I think you for reading - if you finished ;) Have a great time everyone ♥